• Former U.S. Military Attaché to Moscow during the
Russian Invasion of Ukraine & Annexation of Crimea
in 2014.

From 2012 – 2014, BG Zwack served as the United States Senior Defense Official and Attache to the Russian Federation. By interacting with Russians at multiple levels since 1989, including defense, security, academia, policy, veterans, and private citizens, BG Zwack developed a unique hands-on perspective on Russia and Eurasian security affairs during a turbulent period that included the recent strife in Crimea and Eastern Ukraine.

Brigadier General Peter B. Zwack enlisted in the US Army in 1980 and received his commission via Officer Candidate School (OCS). He subsequently served 34 years as a Military Intelligence and Eurasian Foreign Area Officer serving in diverse and challenging duty locations including West Germany, South Korea, Kosovo, Afghanistan, and Russia.

Inducted into the OCS Hall of Fame in 2015, BG Zwack is a recipient of the Distinguished Service Medal, Legion of Merit, Defense Superior Service Medal, the Bronze Star, and many other awards and citations including the Afghan Service Medal and NATO/Kosovo Medal.  He was also honored as the Joint Chiefs of Staff “Action Officer of the Year” for 1999. He proudly wears the Ranger Tab and Airborne Wings.

BG Zwack now serves as a senior global fellow at the The Woodrow Wilson International Center for Scholars – Kennan Institute – (The Kennan Institute of the Woodrow Wilson International Center for Scholars was founded in 1974 to carry out studies of the Soviet Union, and subsequently of post-Soviet Russia and other post-Soviet states. The Institute is widely regarded as the foremost institute for advanced Russia studies in the United States.) Previously, he served as the senior Russia-Eurasia Research Fellow at National Defense University (Institute for National Strategic Studies) at the National Defense University.

BG Zwack's talks are infused with compelling vignettes and stories, rooted in over three decades of unparalleled on-the-ground eyewitness expertise and his ongoing outreach work and research in these regions.

U.S. – Russia – China – India Quadrangle
What does this mean for the U.S. Moving Forward?

The vicious but failing Russian war of aggression against Ukraine has reverberated far beyond Greater Europe and the Western World. Notably, how is it reshaping the current global order and forcing reassessments of national interest, threat perceptions, and relationships across the planet? In a directly relevant and timely address, retired Brigadier General Peter Zwack (Ret.) will focus on what he calls the US-Russia-Chinese and Indian Quadrangle during these contentious times. How are the relationships between Beijing, Moscow, New Delhi, Washington DC, and their allies and partners within the dated structure of the overall United Nations evolving in ways that were difficult to foresee before the Russian invasion’s outbreak on February 24th, 2022? All nuclear and technologically sophisticated powers are interlinked Diplomatically, Informationally, Militarily, and Economically (the DIME). With an appreciation of the complex dynamics and agendas of these distinctly different nations, how do we best navigate through complex, dangerous times where seemingly autocracy and authoritarianism are on the rise but also being met by a growing constellation of free-minded nations?

Understanding Putin’s War on Ukraine, Russia & the Challenges Faced by US & the West.

After first introducing audiences to Russia’s vast 11 time zones geography and complex demographics, General Zwack’s illustrated talk provides a perspective on the complex, difficult history between Russian and Ukrainians and Russia’s Ukrainian narrative. He draws connections from Russia’s first invasion of Ukraine in 2014 to Russia’s prior aggressions and interventions including Poland 1939, Finland 1940, Hungary 1956, Czechoslovakia 1968, Afghanistan 1979  to 1989,  Chechnya 1999, and Syria 2015 to the invasion of Ukraine today.

With Ukraine drifting to Western values, what was it about NATO’s peaceful expansion east that became a trigger for Putin’s invasion of Ukraine?  What drives Russia to these behaviors? Can we break through Putin’s media firewall and the Kremlin’s narrative bodyguard of lies? In the face of nuclear threats, can we or should we call his bluff.  How far can we go?

While focusing on the dramatic struggle between Ukraine and Russia, General Zwack also provides a greater context of an increasingly dangerous power competition between the US/NATO/EU and other likeminded nations, with Russia, and the growing influence of aggressively rising China, with India rapidly appearing in the geopolitical horizon. He also addresses how these shifting relationships can shape the course of the world ahead.

For College and University engagements, classes may also be scheduled (virtually or itinerary permitting).

“One of the great joys of serving as U.S. Ambassador to the Russian Federation was working with General Peter Zwack. Every day, he demonstrated a deep commitment both to serving our great nation and to understanding Russia. The latter helped him do the former. Swimming the Volga shows just how deep into Russian society, history, and culture Peter dug. Jumping from the analytic to the personal with ease, it’s a brilliant story."

“Loaded with great insights and stories from his days before serving as US Defense Attache in Moscow and from his deep involvement with Russia, General Zwack brings the past alive to help us understand what Putin is doing today. It is very rare to have pages filled by someone who really knows, and knows how to write it.”

"Peter Zwack managed to become one of the best intelligence officers, and when I say that to make colonel in our army is 1% of the several thousand you start out with. To make general is less than .001% to be selected. There are 300 generals there are only 20 MI (military intelligence) generals, Peter is one of them. He was great at intelligence whether he was in Germany, South Korea, Afghanistan, at the top of his game the senior intelligence officer in Afghanistan and Europe. At critical times, he was tremendous. He was a force to be reckoned with. But what made him also equally extraordinary, he was also a very, very, talented foreign area officer who we could put in policy positions, who we could put in as the special assistant to commanders, who we could choose at the end of a career to send to Moscow at a critical time.  Peter’s extraordinary talents every day showed up at work. Because there is a consistency in his decency, his civility, his selflessness, his courage, and his commitment, all of us have the same experience with Peter and Stephanie Zwack, it’s the same, it’s consistency. And it’s never about them. Nobody was more delighted to see him show up on the general officer's list than we were.  No one was more surprised than Peter Zwack. He would never have thought it was going to happen. Three or four years into being one star he keeps saying, “I can’t believe I’m a general”. I’m saying Peter, you’re going to Moscow, you gotta get over that! So, but an extraordinary career. We have a lot of young officers here who have been touched by Peter who is looking for examples and you really need not look any further than the person you were lucky enough to work with. For the choices that you made of always taking the hard job, for the teamwork and understanding that your wife had, to be the best you always have to go at the hardest things to see how it comes out. So, to both of you, thank you for your choices." 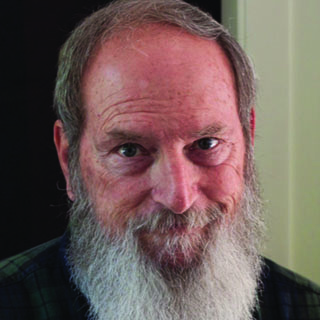