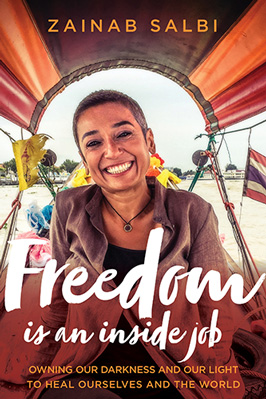 Speaking on:
"How to Heal in a Time of Divide"

Author, Freedom Is An Inside Job 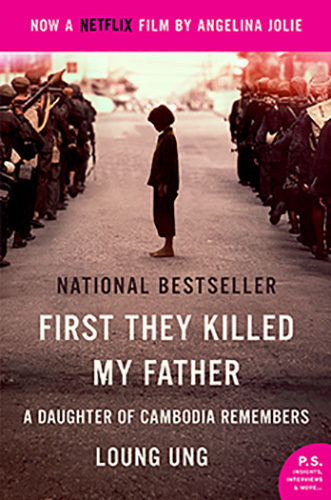 Activist and Author of the bestseller
First They Killed My Father.

HACKING DARWIN: GENETIC ENGINEERING and the FUTURE OF HUMANITY 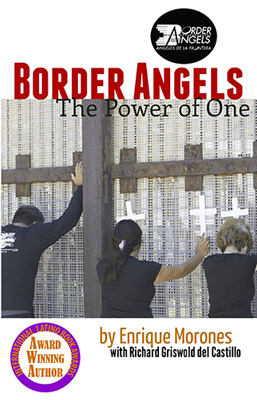 "100 most influential Latinos in the USA"
— Hispanic Business Magazine

“One of the 25 Women Changing the World” — People. One of the “100 leading global thinkers” — Foreign Policy Magazine. The Iraqi-American humanitarian, bestselling author, TV Host and media commentator founded Women for Women International at the age of 23. The organization has since helped over 478,000 marginalized women rebuild their lives in 8 conflict areas. She is the author of several books including, Freedom is an Inside Job: Owning Our Darkness And Our Light To Heal Ourselves And The World. Her TV shows include “Through Her Eyes with Zainab Salbi” on Yahoo! News, exploring contemporary issues from a female perspective and appears regularly as a commentator in the media.

Loung Ung is a bestselling author three books, activist and co-screenplay writer of the Netflix Original Movie directed by Angelina Jolie based on her memoir, First They Killed My Father, now streaming in 190 countries. Loung provides an eyewitness account of the Cambodian genocide, her survival, and life as a refugee in the U.S. from the age of ten. An eloquent speaker, she interweaves themes of leadership, activism, healing and resiliency.  In these challenging times, she inspires hope as she delivers an empowering message of our ability to overcome adversity to create change in our lives and in the world.

The most accomplished and well-known adult with autism in the world.  The bestselling author, innovator & animal scientist was subject of the HBO feature film “Temple Grandin,” starring Claire Danes. Her TED Talk "The World Needs All Kinds Of Minds," has been viewed almost 5 million times. Dr. Grandin is sought after globally to speak about her experiences with autism, cattle handling and the humane treatment of animals. She has been featured widely in the global media. Time Magazine named her one of the world's 100 most influential people.

Jamie Metzl is a leading geopolitical expert and technology futurist, and author of Hacking Darwin: Genetic Engineering and the Future of Humanity. A member of the World Health Organization international advisory committee on human genome editing and a geopolitical expert, Metzl is one of the leading visionaries of the post-COVID world. He has  done hundreds of national interviews (CNN, NPR, Bloomberg, etc.), published many high-profile editorials, spoken in online events on the crisis to hundreds of thousands of people, and become a leading advocate for responding smartly to the current crisis and conjurer of hope in a better future.   A few months ago, he founded OneShared.World, which has grown to a global movement of people from nearly 100 countries working to collectively solve the world’s most essential common problems.

Brigadier General Zwack (Ret.) served as the United States Senior Defense Official and Attaché to the Russian Federation during challenging years of 2012-201, serving in the military for 34 years, and is one of America's leading experts on Russia. BG Zwack is currently a Global Fellow at the Kennan Institute within the Woodrow Wilson Center for Scholars and is a sought after consultant on Russia globally.  He presents lively, illustrated talks, including, “Russians: Who They Are, How They Think, and Why.”

In the American Southwest and its borderlands, no other social justice advocate has made a greater impact on the lives of undocumented workers than internationally acclaimed Enrique Morones.  As founder and Executive Director of Border Angels for 33 years, he continues to save lives and make a difference. His non-profit organization has given a human face to countless migrants, while offering them compassion in the form of food, water, clothing, education, advocacy and hope. Also founder of GENTE UNIDA, a human rights border coalition, Morones is recognized as one of the 100 most influential Latinos in the USA by Hispanic Business Magazine.  He is author of The Power of One: The Border Angels Story and has appeared widely in the national media.

Produced and directed by Angelina Jolie, the film is based on the bestselling memoir by Loung Ung.

View Speaker
Zainab Salbi's TED with "Women, Wartime and the Dream of Peace"

View Speaker
Enrique Morones - TEDxUCSD (May 2019): The Power of One