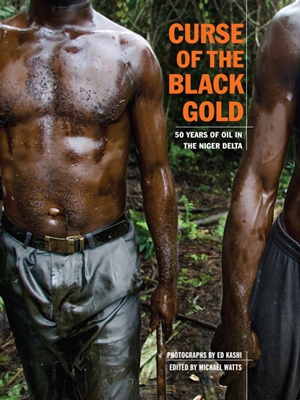 Dedicated to Documenting the Social and Political Issues that Define Our Times.

"I TAKE ON ISSUES that stir my passions about the state of humanity and our world, and I deeply believe in the power of still images to change people’s minds. I’m driven by this fact; that the work of  photojournalists and documentary photographers can have a positive impact on the world. The access people give to their lives is precious as well as imperative for this impor tant work to get done.  Their openness brings with it a tremendous sense of responsibility to tell the truth but to also  honor their stories."

Ed Kashi is a photojournalist, filmmaker, and educator who has been dedicated to documenting the social and political issues that define our times for almost 40 years. A sensitive eye and an intimate relationship to his subjects are signatures of his work. As a member of VII Photo Agency, Kashi has been recognized for his complex imagery and its compelling rendering of the human condition.

As the photography world continues to evolve, Kashi welcomes the industry’s constant innovations. His early adoption of hybrid visual storytelling has produced a number of influential short films and most recently, earned recognition by the POYi Awards as 2015’s "Multimedia Photographer of the Year." Kashi’s full embrace of technology has led to creative social media projects for a range of clients including National Geographic, Open Society Foundations, The New Yorker, and MSNBC. From implementing a unique approach to photography and filmmaking in his 2006 Iraqi Kurdistan Flipbook, to revolutionary Instagram coverage of Hurricane Sandy for TIME Magazine in 2012, Kashi continues to create compelling imagery and engage with the world in new ways.

A leading voice in the photojournalism world, Kashi frequently lectures on a wide range of topics for arts institutions, universities, schools and professional organizations. His work has been published and exhibited worldwide, receiving numerous awards and honors from American Photography, Communication Arts, PDN’s Photo Annual, Pictures of the Year International, World Press Photo, and more. Additionally, his editorial assignments and personal projects have generated seven books, including Curse of the Black Gold: 50 Years of Oil in the Niger Delta, THREE, and Photojournalisms.

"Ed Kashi is intelligent, brave and compassionate.  He always understands the nuances of his subjects.   He fearlessly goes where few would venture.  And he sympathetically captures the soul of each situation."

THE ART OF VISUAL STORYTELLING: A Journey Around the World

Ed Kashi’s multimedia lecture takes audiences on a visual journey into his life’s work, taking us across the globe and behind the lens to better understand the varied issues he has documented. He shares the challenges to photograph and film his stories – getting in and out safely, navigating the terrain, gaining access, achieving candid intimacy, and gaining peoples trust and comfort. Ed takes you to regions such as the Niger Delta, primitive societies such as Madagascar and, exploitive industries such as oil and gas, and the water problems in the Middle East, to illustrate and explore critical questions of sustainable development and asks “How can we sustain ourselves as a species?”

As someone who bears witness on the front lines of our global challenges, Ed’s geopolitical work is predicated on bridging the gaps of understanding, particularly the Muslim world and the West. Beyond painting the world in black and white, his multi-media lecture shares the work he creates which is timeless and universal, with relevance and meaning.

Upon graduating with a degree in photojournalism in 1979 from The S.I. Newhouse School of Communications at Syracuse University, Ed Kashi set out to become a photojournalist; a visual story teller in the grand tradition of magazine photojournalism. Entering the real world and based in San Francisco, he quickly became very successful doing work for business magazines covering science, technology and lifestyle issues. But, covering stories such as the emergence of Silicon Valley and photographing its titans, Steve Jobs, Bill Gates, and others, was not fulfilling. He realized that “sometimes, the success the world confers on you isn’t the success you imagined.” He knew he was “not born to be a photographer to create glossy fish wrapping, but rather to create images and pursue stories that had broader meaning and purpose.”

Ed decided to risk all and take control of his professional destiny. He invested his own money and time to purse stories he believed in. Going to Northern Ireland, he explored the culture and politics of the region’s Protestant community. His next project was on the Kurds, the largest ethnic group in the world without a nation of their own. In the decades since, Ed has since become one of today’s most respected photojournalists. Going beyond just recording the first drafts of history, he devotes himself to the long term coverage of critical issues. Using his skills as a visual storyteller, in still images and video, he travels the world to reveal and discuss what is important to him. 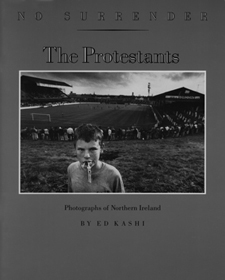 No Surrender: The Protestants, Photographs of Northern Ireland 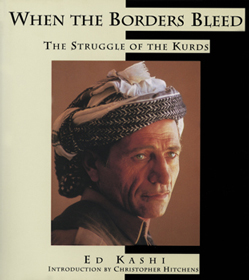 When The Borders Bleed: The Struggle Of The Kurds

This powerful photo essay chronicles the Kurds' seemingly endless struggle for survival.  The 100 photographs by photojournalist Ed Kashi, who traveled to Kurdistan, Turkey, Iraq, Syria, Iran, and even Germany, powerfully reveal the plight of contemporary Kurds.  Christopher Hitchens, columnist for The Nation and Vanity Fair, describes the history of the Kurds in a 30-page introductory essay, documenting their legacy as victims of geopolitics. This book is meant to keep the struggle of the Kurds alive.  Nevertheless, there is criticism of the Kurds' internal divisiveness and how their situation is not entirely a result of actions beyond their control. When the Borders Bleed succeeds as a cohesive work. The prose is clear and succinct, the photographs persuasive, and it fills an important void on the Kurdish people and their plight. 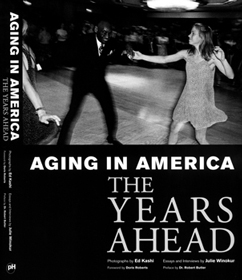 Aging In America: The Years Ahead

Another baby boomer turns fifty every seven-and-a-half seconds. At this rate, by 2030, one quarter of the United States’ population will be over sixty-five, and by mid-century, the senior citizen population is expected to reach eighty million, outnumbering the population of young people for the first time in history. Aging in America chronicles the immense and unprecedented changes confronting America as advanced age goes mainstream. Photographer Ed Kashi and writer Julie Winokur first began this project as an award-winning story published by The New York Times Magazine. They then began documenting in greater detail a broad range of issues relating to aging, from the upsurge of elderly immigrants following their children to America, to a tornado’s exacting toll on a rural elderly community. They traveled with an RV club for mature singles, delved into a retirement community where Alzheimer’s patients work in a childcare facility, tracked the campaign of a seventy-six year old running for office and a woman launching her modeling career in her sixties, and celebrated the wedding of an octogenarian couple. “The reality of aging will force us to come to terms with the fact that longevity doesn’t mean eternal youth,” explains Winokur. “America is a society in collective denial of aging. We appreciate vintage in wine, not people.” Changing this perception is the intent of Aging in America, the first comprehensive visual account of contemporary senior living in this country. 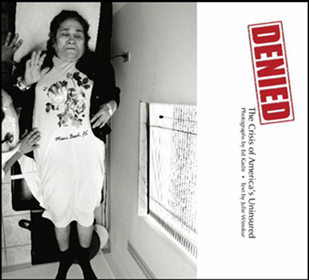 Denied: The Crisis Of America's Uninsured

It is incomprehensible that in a country like America, with such spectacular wealth and state-of-the-art medical facilities, that 41 million people don't have access to basic health care. That's one-seventh of our entire population! As a result, some 18,000 people die every year because they have no insurance.  The internationally-acclaimed team of photographer Ed Kashi and writer Julie Winokur has documented this staggering crisis in Denied: The Crisis of America's Uninsured. By telling intimate stories, this 112-page illustrated book communicates the issues in a way that is highly charged and deeply moving. Kashi and Winokur reveal the magnitude of the problem through individual testimonials, photo essays and family snap shots. In total the book recounts 41 stories-one for each million uninsured people in America. 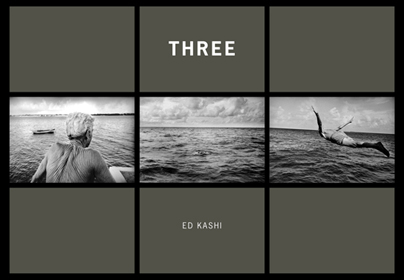 In a world inundated by visual imagery, our ability to take in more than one image at a time has become innate. In fact, our attention span demands it. Three, a book of triptychs by acclaimed photographer Ed Kashi, plays on the visual appetite of a hectic world. These triptychs span eras and continents, challenging our notions of perspective and the individual image. Contained in a format dating back to Christian art in the Middle Ages, Kashi’s images examine current issues of social and political significance, bringing together the joy, sorrow, destruction, and reconstruction of a world in flux. These triptychs compel us to see the relationships between extreme ends of the human experience and to appreciate the strange beauty inherent in that experience.  The grouping of photographs in Three is deliberate and provocative, asking us to read not only the individual photographs but their cumulative stories. The triptychs defy the confines of any single frame by presenting them in a lyrical, dynamic context, exploring the intersecting points when decisive moments converge, and opening a dialogue between images. A celebration of the language of photography, Kashi’s work layers color, form, and content, while allowing time to pass in the course of three images and offering multiple screens to order the chaos that surrounds us. 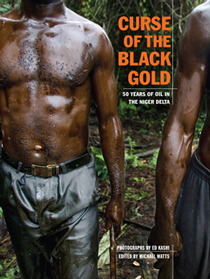 Curse Of The Black Gold

Curse of the Black Gold: 50 Years of Oil in the Niger Delta takes a graphic look at the profound cost of oil exploitation in West Africa. Featuring images by world-renowned photojournalist Ed Kashi and text by prominent Nigerian journalists, human rights activists, and University of California at Berkeley professor Michael Watts, this book traces the 50-year history of Nigeria’s oil interests and the resulting environmental degradation and community conflicts that have plagued the region. Set against a backdrop of what has been called the scramble for African oil, Curse of the Black Gold is the first book to document the consequences of a half-century of oil exploration and production in one of the world’s foremost centers of biodiversity. Much has been written about the drama of the search for oil, but there has been no serious examination of the relations between oil, environment, and community in a particular oil-producing region. Curse of the Black Gold is a landmark work of historic significance.

Ed Kashi on the Greatest Work You'll Do

"Ed Kashi is intelligent, brave and compassionate.  He always understands the nuances of his subjects.   He fearlessly goes where few would venture.  And he sympathetically captures the soul of each situation." 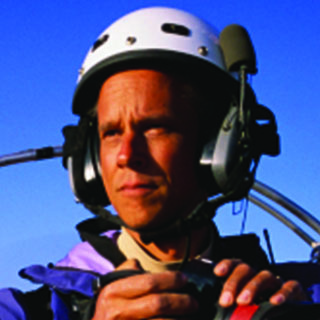