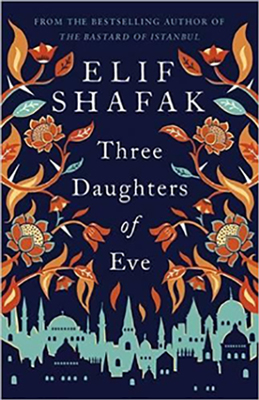 Globally celebrated & the most widely read woman writer in Turkey

“Listening to stories widens the imagination; telling them lets us leap over cultural walls, embrace different experiences, feel what others feel.” Elif Shafak builds on this simple idea to argue that fiction can overcome identity politics.

Elif Shafak is an award-winning British-Turkish novelist and the most widely read female author in Turkey. She writes in both Turkish and English, and has published seventeen books, eleven of which are novels, including the bestselling The Bastard of Istanbul, The Forty Rules of Love, and Three Daughters of Eve. Her work has been translated into fifty languages. She is published by Penguin/Random House and represented by Curtis Brown globally. She was awarded the title of Chevalier des Arts et des Lettres. In 2017 she was chosen by Politico as one of the twelve people who would make the world better.

Shafak is also a political scientist and an academic. She holds a degree in International Relations, a masters’ degree in Gender and Women’s Studies and a PhD in Political Science and Political Philosophy.  Her thesis on "Islamic Mysticism and the Circular Understanding of Time" was awarded by the Social Scientists Institute. She has taught at various universities in Turkey, the UK and the USA, including St Anne's College, Oxford University, where she is an honorary fellow.

Shafak is a member of Weforum Global Agenda Council on Creative Economy and a founding member of ECFR (European Council on Foreign Relations). An advocate for women's rights, LGBT rights and freedom of speech, Shafak is an inspiring public speaker and twice a TED Global speaker, each time receiving a standing ovation.

Shafak has been featured in and contributes to major newspapers and periodicals around the world, including the Financial Times, the Guardian, the New York Times, the Wall Street Journal, Der Spiegel and La Repubblica.  She has been longlisted for the Orange Prize, MAN Asian Prize;  the Baileys Prize and the IMPAC Dublin Award, and shortlisted for the Independent Foreign Fiction Prize and RSL Ondaatje Prize

— The Politics of Fiction

— Belonging and Identity: What Role Do Art and Literature Play for Redefining Women's Rights?

— Is There Room for Creativity in the Corporate World?

— The Art of Storytelling

— Bridging the Gap Between East and West

— Can tailor presentations for sponsor’s needs. 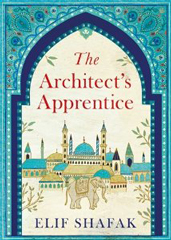 Turkey’s preeminent female writer spins an epic tale spanning nearly a century in the life of the Ottoman Empire. In 1540, twelve-year-old Jahan arrives in Istanbul. As an animal tamer in the sultan’s menagerie, he looks after the exceptionally smart elephant Chota and befriends (and falls for) the sultan’s beautiful daughter, Princess Mihrimah. A palace education leads Jahan to Mimar Sinan, the empire’s chief architect, who takes Jahan under his wing as they construct some of the most magnificent buildings in history. Yet even as they build Sinan’s triumphant masterpieces, dangerous undercurrents begin to emerge, with jealousy erupting among Sinan’s four apprentices.  A memorable story of artistic freedom, creativity, and the clash between science and fundamentalism, Shafak’s intricate novel brims with vibrant characters, intriguing adventure, and the lavish backdrop of the Ottoman court, where love and loyalty are no match for raw power.

The Saint Of Incipient Insanities

The American debut of prizewinning novelist Elif Shafak. Saint of Incipient Insanities is the comic and heartbreaking story of a group of twenty-something friends, and their never-ending quest for fulfillment.  Omer, Abed and Piyu are roommates, foreigners all recently arrived in the United States. Omer, from Istanbul, is a Ph.D. student in political science who adapts quickly to his new home, and falls in love with the bisexual, suicidal, intellectual chocolate maker Gail. Gail is American yet feels utterly displaced in her homeland and moves from one obsession to another in an effort to find solid ground. Abed pursues a degree in biotechnology, worries about Omer's unruly ways, his mother's unexpected visit, and stereotypes of Arabs in America; he struggles to maintain a connection with his girlfriend back home in Morocco. Piyu is a Spaniard, who is studying to be a dentist in spite of his fear of sharp objects, and is baffled by the many relatives of his Mexican-American girlfriend, Algre, and in many ways by Algre herself.  Keenly insightful and sharply humorous, The Saint of Incipient Insanities is a vibrant exploration of love, friendship, culture, nationality, exile and belonging that introduces us to a wonderful new voice in international fiction. 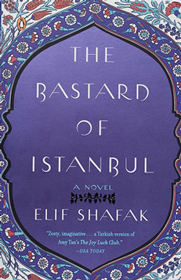 The Bastard Of Istanbul

As an Armenian American living in San Francisco, Armanoush feels like part of her identity is missing and that she must make a journey back to the past, to Turkey, in order to start living her life. Asya is a nineteen-year-old woman living in an extended all-female household in Istanbul who loves Jonny Cash and the French existentialists. The Bastard of Istanbul tells the story of their two families--and a secret connection linking them to a violent event in the history of their homeland. Filed with humor and understanding, this exuberant, dramatic novel is about memory and forgetting, about the need to examine the past and the desire to erase it, and about Turkey itself. 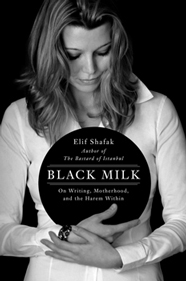 A thoughtful and incisive meditation on literature, motherhood, and spiritual wellbeing from Turkey's leading female author.  After the birth of her first child, Elif Shafak experienced a profound personal crisis. Plagued by guilt, anxiety, and bewilderment about her new maternal role, the acclaimed novelist stopped writing for the first time in her life. As she plummeted into post-partum depression, Shafak looked to the experiences of other prominent female writers—including Sylvia Plath, Virginia Woolf, Simone de Beauvoir, and Alice Walker—for help navigating the conflict between motherhood and artistic creation in a male-dominated society. Searingly honest, eloquent, and unexpectedly humorous, Black Milk will be widely embraced by writers, academics, and anyone who has undergone the identity crisis engendered by being a mother. 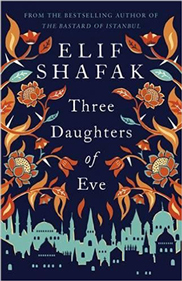 In her new novel, one of Turkey's leading literary voices explores some of the most urgent and universal issues in today's world. This is a story about identity, politics, religion, women and God.  Peri, a young Turkish woman who grows up observing the clash between her father's lonely secularism and her mother's Islamic religiosity, earns a scholarship from Oxford University and arrives in England. She becomes friends with the charming Shirin, an atheist Iranian girl, and Mona, a headscarved Egyptian-American. It is an unlikely friendship among three very different girls from Muslim backgrounds. Her life changes dramatically when she meets the charismatic but controversial Professor Azur who teaches about God. Peri falls in love but it is a love that will bring an unexpected twist and a dark secret she carry for many years to come. By observing Peri's life in contemporary Istanbul, Shafak takes a close look at Turkey today and reveals the problems that society hides within.  This courageous, rich and ambitious novel will resonate with many readers all around the world and raise important discussions.

Elif Shafak explicitly defies definition — her writing blends East and West, feminism and tradition, the local and the global, Sufism and rationalism,

Speaking on The Power of Storytelling and the (unifying) impact words can have on people.

Elif Shafak in conversation with Viviane Reding, a member of the European Parliament (DLDwomen 2014).

The keynote speaker at the 2011 Campagna-Kerven Lecture, Boston University.

'One of the best writers in the world today'
Hanif Kureishi

'Haunting, moving, beautifully written - and based by an extraordinary cast of characters who capture the diversity of modern Turkey. A masterpiece
Peter Frankopan

'Simply magnificent, a truly captivating work of immense power and beauty, on the essence of life and its end.'
Philippe Sands

'One of the most important writers at work today'
Independent

'A vivid carnival of life and death, cruelty and kindness, love, politics and deep humanity. This is only possible in the hands of a consummate storyteller. Elif Shafak's lyrical command of language and narrative is breathtaking. Brilliant!'
Helena Kennedy

'Elif Shafak brings into the written realm what so many others want to leave outside. Spend more than ten minutes and 38 seconds in this world of the estranged. Shafak makes a new home for us in words'
Colum McCann

'Elif Shafak's extraordinary 10 Minutes, 38 Seconds in this Strange World is a work of brutal beauty and consummate tenderness'
Simon Schama

'A rich, sensual novel... This is a novel that gives voice to the invisible, the untouchable, the abused and the damaged, weaving their painful songs into a thing of beauty.'
Financial Times

30.05.2019
The Worldpost
Polarization Plays Into the Hands of Populist Demagogues

13.03.2019
The Jakarta Post
Extremists polarize humanity, storytellers do exact opposite

15.07.2019: The Guardian
“Police officers demanded to see my books”: Elif Shafak on Turkey's war on free-speech

06.05.2019: The Guardian
From Spain to Turkey, the rise of the far right is a clash of cultures not civilisations

01.04.2019
The Guardian
To understand the far right, look to their bookshelves

01.02.2019: National Centre for Writing
Elif Shafak introduces her selection of 10 exciting women writers in the UK

10.12.2018: The Guardian
It’s not just Europe – toxic imperial nostalgia has infected the world

01.10.2018: Literary Hub
Elif Shafak on Ways of Knowing and the Women in Her Life – A Granddaughter Remembers

03.09.2018: The Guardian
Even as Turkey pulls away, the west must hold Turkish people close

27.01.2018: The Guardian
Further reading: Elif Shafak on books to change your mind

The Guardian on Three Daughters of Eve:

A rich journey into romance and religion

Elif Shafak on ‘Writing in a World of Political Unrest’

The Architect’s Apprentice,’ by Elif Shafak

The Architect’s Apprentice’: a boy and an elephant in Istanbul

The Argument from Design

Bish bash Bosphorus: Elif Shafak’s saga of love and death in Istanbul is crammed with incident on every page

The Architect’s Apprentice by Elif Shafak, review: 'atmospheric and languorous'

City stars in its own story

A Boy and His Elephant: A Review of The Architect’s Apprentice, by Elif Shafak

‘The Architect’s Apprentice’, by Elif Shafak

The Architect's Apprentice by Elif Shafak, book review: The domes of discovery

The maternal and a mystery

Elif Shafak explicitly defies definition — her writing blends East and West, feminism and tradition, the local and the global, Sufism and rationalism,