The Power and the Passion to Create: A multimedia journey into the inner workings of the creative process and its outer expression.

Seeff’s career began as a medical doctor in South Africa and for three years, he worked in emergency medicine in Soweto focusing on the management of traumatic shock. In 1968, he moved to New York and not being able to practice medicine, he began photographing the people he encountered on the streets of Manhattan.  In 1969, his striking images were discovered by the famed graphic designer, Bob Cato, who gave him his first major photographic assignment. Seeff’s iconic image of The Band was re-produced as a poster inserted under the shrink-wrap of their album, “Stage Fright”. When unfolded, it became a hugely popular collectors’ item and launched Seeff’s career as a ‘rock’ photographer.

In more than 900 sessions since, Seeff has worked with The Rolling Stones, Miles Davis, Michael Jackson, Joni Mitchell, James Taylor, John Huston, Billy Wilder, Carly Simon, Larry Bird, Patti Smith, Andy Warhol, Bob Fosse, Van Morrison and many others. He is renowned for his ability to capture the very essence of his subjects. Their willingness to be vital and authentic results from the environment he created. In the context his photo-sessions, 400 of which he has recorded on film and video tape, Seeff has amassed an unprecedented body of recorded content exploring the inner dynamics of the creative process. As his work expanded during the 80’s to include film directors, actors, authors, entrepreneurs, & scientists (including Nobel Laureates), he began codifying the archetypal seven-stage dynamic of creativity he had observed in his sessions.  Seeff's practical road map to creativity is now presented in his multi-media event:  THE POWER & THE PASSION TO CREATE: The Inner Workings of the Creative Process and Its Outer Expression.

In an entertaining and engaging presentation, Seeff illustrates how truly innovative creators work in ways that are radically divergent from the consensus assumptions and beliefs about the fundamental nature of how we create. Using film from his sessions, he reveals how creativity occurs in the multi-dimensional mind outside of ordinary consciousness and ‘down-steps’ into awareness in quantum leaps of revelation. “All creation begins in the mind as a dream that is birthed in the core dimension and resource of imagination.”

What Seeff shares, is that we all have access to the same inner resources of creation. “The great creators do not have some magic bullet. They know how to access those resources and utilize them. Knowing this, we can empower our own creativity, to design and craft a future in response to our visions and dreams.” In THE POWER & THE PASSION TO CREATE, Seeff shows these dynamics in action. He interactively explores how we can implement what we discover, as a means for empowering our personal and collective creativity. The core topics of focus are: The Seven Stages of the Creative Process, Accessing the Inner Resources of Creation and the Creative Paradigm Shift.

In 2003, Seeff filmed NASA scientists and engineers at JPL responsible for landing the Spirit and Opportunity rovers on Mars in 2004. He quickly discovered a group of highly accomplished individuals who were willing to express their worst fears and greatest desires with astounding vulnerability. Using his seven-stage dynamic as his narrative template, Seeff has edited the film from these sessions into a feature documentary that reveals the human face of the Rover missions to Mars.  This film, titled TRIUMPH OF THE DREAM, follows the hero’s journey; illustrating the courage, conviction and commitment required to enter the unknown in search of revelation. Its messages are universal and empowering. Seeff is also available with a program featuring a screening of the film.

Before rising to high acclaim as a rock photographer, Seeff spent a year as a professor of photography at Bennington College in Vermont. He then relocated from New York/the east coast to Los Angeles, where he became creative director of United Artists Records and began his ascent as the legendary photographer that he is recognized as today.  From hundreds of iconic album covers to magazine covers, Seeff's photographs have been widely published globally.

Interviewed at the Illuminate Film Festival

Interviewed at the Illuminate Film Festival 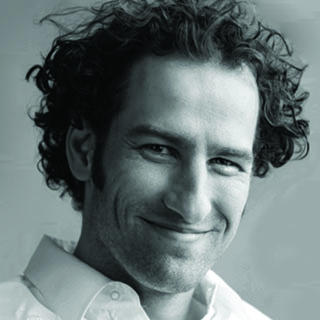