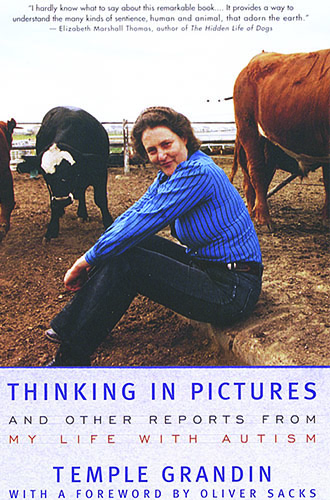 The most accomplished and well-known adult with autism in the world and bestselling author.

Her TED talk "The World Needs All Kinds of Minds," has almost 5 million views

Temple Grandin, Ph.D., is considered the most accomplished and well-known adult with autism in the world.  She is author of Thinking in Pictures: My Life with Autism, among others. Her books Animals in Translation and Animals Make Us Human were both New York Times bestsellers. Her book, Emergence: Labeled Autistic, stunned the world because, until its publication, most professionals and parents assumed that an autism diagnosis was virtually a death sentence to achievement or productivity in life.  Her life story was made into an HBO feature film starring Claire Danes. The movie received seven Emmy awards, a Golden Globe, and a Peabody Award.

Dr. Grandin is a designer of livestock handling facilities in the United States, Canada, Europe, Mexico, Australia, New Zealand, and other countries. In North America, almost half of the cattle are handled in a center track restrainer system that she designed for meat plants. Curved chute and race systems she has designed for cattle are used worldwide and her writings on the flight zone and other principles of grazing animal behavior have helped many people to reduce stress on their animals during handling. She has authored over 400 articles in both scientific journals and livestock periodicals on animal handling, welfare, and facility design.

Dr. Grandin is sought after globally to speak about her experiences with autism, cattle handling and the humane treatment of animals.  Her TED talk “The world needs all kinds of minds,” has been viewed by over 4.8 million people.

She has been featured internationally in the media including National Public Radio, major television programs such as the BBC special "The Woman Who Thinks Like a Cow," ABC's Primetime Live, The Today Show, CNN Larry King Live, 60 Minutes, 48 Hours and 20/20, and has been featured in Time, People, Forbes, U.S. News and World Report, and The New York Times, among others. In 2010, Time Magazine named her one of the 100 most influential people.

Dr. Grandin obtained her B.A. at Franklin Pierce College and her M.S. in Animal Science at Arizona State University. Dr. Grandin received her Ph.D in Animal Science from the University of Illinois in 1989. Today she teaches courses on livestock behavior and facility design at Colorado State University and consults with the livestock industry on facility design, livestock handling, and animal welfare. She is a past member of the board of directors of the Autism Society of America. 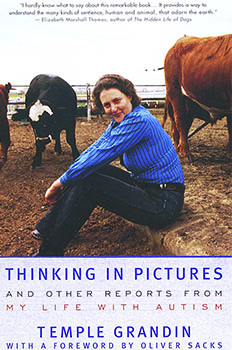 Temple Grandin, Ph.D., is a gifted animal scientist who has designed one third of all the livestock-handling facilities in the United States. She is also autistic and lectures widely on her experience.  In this unprecedented book, Grandin delivers a report from the country of autism, writing from the dual perspectives of a scientist and as a woman who thinks, feels, and experiences the world in ways that are incomprehensible to the rest of us.  Thinking in Pictures is the document of an extraordinary human being who gracefully and lucidly bridges the gulf between those with her condition and the rest of the world, shedding light on the riddle of our common identity. 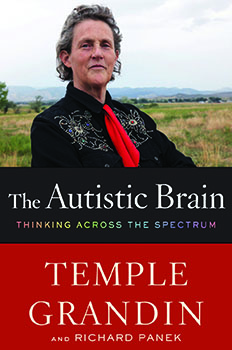 Temple Grandin may be the most famous person with autism, a condition that affects 1 in 88 children. Since her birth in 1947, our understanding of it has undergone a great transformation, leading to more hope than ever before that we may finally learn it's causes and develop treatments for it.  Weaving her own experience with remarkable new discoveries, Grandin brings her perspective into the heart of the autism revolution and argues that raising and educating kids should focus on long-overlooked strengths to foster their unique contributions. 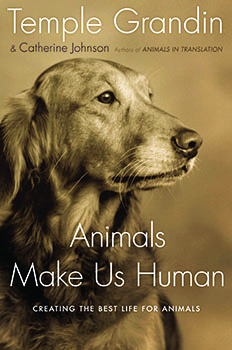 Animals Make Us Human is the culmination of almost thirty years of research, experimentation, and experience.  Drawing on the latest studies and her own work, Temple Grandin identifies the core emotional needs of animals.  She teaches us to challenge our assumptions about animal contentment and honor our bond with our fellow creatures.  Essential reading for anyone who’s ever owned, cared for, or simply cared about an animal. 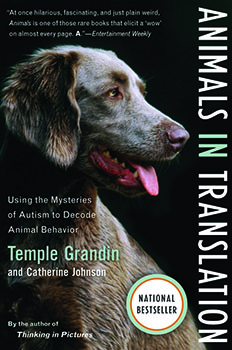 Temple Grandin draws upon a long, distinguished career as an animal scientist and her own experiences with autism to deliver an extraordinary message about how animals act, think, and feel. She has a perspective like that of no other expert in the field, which allows her to offer unparalleled observations and groundbreaking ideas.

Quick shoot in Fort Collins with Temple Grandin for her book "Animals Make Us Human."

"I hardly know what to say about this remarkable book. . . It provides a way to understand the many kinds of sentience, human and animal, that adorn the earth.”

Elizabeth Marshall Thomas, Author of The Hidden Life of Dogs

A uniquely fascinating view not just of autism but of animal–and human–thinking and feeling, [providing] insights that can only be called wisdom.”

"[Grandin’s] most insightful work to date . . . The Autistic Brain is something anyone could benefit from reading, and I recommend it to anyone with a personal or professional connection to autism or neurological difference."

John Elder Robison, author of Look Me in the Eye

There are innumerable astounding facets to this remarkable book. . . . Displaying uncanny powers of observation . . . [Temple Grandin] charts the differences between her life and the lives of those who think in words."

"Provocative...We’re lucky to have Temple Grandin."

"Part owner's manual and part business proposal, Animals Make Us Human argues that we can treat animals better if we consider the emotions that motivate them...For pet owners, her perspecitve is invaluable...Grade: A"

"Well-written, down-to-earth look into the lives of lots of animals, including animals that make up part of our food chain. Grade: A"

"The text provides thought-provoking scenarios and references several animal studies...readers will be able to glean new perspectives about animal welfare."

"Inspiring . . . Crammed with facts and anecdotes about Temple Grandin’s favorite subject: the senses, brains, emotions, and amazing talents of animals.”

"A master intermediary between humans and our fellow beasts . . . At once hilarious, fascinating, and just plain weird, Animals is one of those rare books that elicits a ‘wow’ on almost every page.”

The right brain has created the right book for right now.”

"The Autistic Brain can both enlighten readers with little exposure to autism and offer hope and compassion to those who live with the condition." 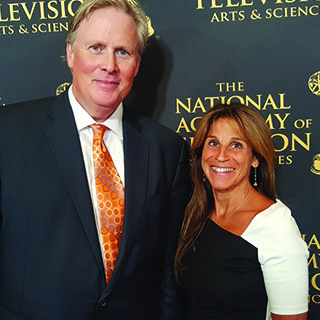